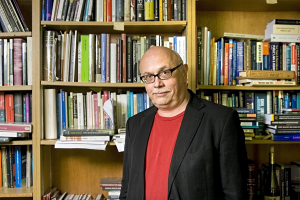 Human rights are a hybrid of liberal law, morality and politics. Their ideological power lies in their ambiguity, not in their adherence to liberal values of individual freedom.

Human rights are the last universal ideology after the proclaimed ‘end’ of ideology and history. They unite the North and the South, the Church and the State, first world liberals and third world revolutionaries. Human rights are used as a symbol for liberalism, capitalism or individualism by some and for development, social justice or peace by others. In the South, rights are seen as primarily collective rather than individual, social and economic rather than civil, associated with equality rather than liberty.

Does the victory and ubiquity of rights indicate that they transcend conflicts of interests and the clash of ideas? Have rights become a common horizon uniting Cardiff and Kabul, London and Lahore? It is a comforting idea, daily denied in news bulletins. If there is something perpetual about our world, it is not Kant’s peace but the increasing wealth gap between North and South, between rich the poor and the mushrooming and strictly policed security walls dividing the wealthy from the ‘underclass’ of immigrants, refugees and the ‘undeserving poor’.

The protests and uprisings that broke out recently all over the world demanded social justice and equality not human rights (‘We are the 99%’, ‘stop austerity and cuts’). The absence of appeals to human rights gives us the opportunity to revisit their theoretical and political premises. ‘Human rights’ is a combined term. Legal rights have been the building block of western law since early modernity modelled on the right to property, the first and still most significant right. As human, rights introduce a type of morality in the way public and now private powers should treat people. The legitimacy of modern law was based on its claim to be ideologically neutral, beyond morality, ideology and politics. The proliferation of human rights marks the realisation that state law could be bent to the most atrocious policies. Human rights are therefore a hybrid category of liberal law and morality. But as morality is not one and the law is not a simple exercise in reasoning, moral conflict enters the legal archive and legal strictures regiment moral responsibility. As a result a number of paradoxes enter the heart of society by bringing together law and morality. Let me offer five theses developing some of the paradoxes.

Thesis 1. Human rights classify people on a spectrum between the fully human, the lesser human and the inhuman.

Liberals claim that human rights are given to people on account of their “humanity” instead of membership of narrower categories such as state, nation or class. If that were the case, refugees, undocumented immigrants, the Guatanamo Bay prisoners who have no state or law to protect them should be prime beneficiaries of the consolations of humanity. They have very few. ‘Bare’ humanity offers no protection and whoever claims to represent it lies. Humanity has no fixed or universally acceptable meaning and cannot act as the source of moral or legal rules. Historically, the barbarians for the Greeks and Romans, the heathen for the Christians, the ‘uncivilized’ for the imperialists, the ‘irrational’ racial and sexual minorities for the privileged, the ‘illegal immigrants’ for the citizens or the economically redundant for the affluent have been divisions of ‘humanity’. Human rights help construct who and how one becomes human.

Natural rights, the early modern predecessor of human rights, were a necessary companion of the nation-state and nationalism. The French Declaration of the Rights of Man stated that ‘all men are born free and equal’ but gave its ‘universal’ rights only to French white, male and propertied citizens. The post-WWII order combined ‘non intervention’ in the domestic affairs of states, that is the strongest possible support of national sovereignty, with the claim of universal human rights. As President Reagan said of the Universal Declaration and its social and economic rights, it is akin to children’s ‘letter to Santa’. Finally, the post-1989 ‘new world order’ has pierced the national sovereignty of ‘rogue’ states nominally to protect citizens from their evil governments. But the aftermath of the Afghanistan and Iraq invasions shows that the spread of democracy and human rights was a flimsy smokescreen. In the past, the ‘civilizing mission’ included missionaries and gunboats today human rights, missiles and drones. The combination of the huge structural inequalities and state repression of neoliberal globalization with a legal ideology promising dignity and equality creates a systemic instability leading the ‘new world order’ to its demise.

I do not refer here to traditional civil liberties and the limited protections the underprivileged, the oppressed and the poor still claim and rarely get. This is the core case of civil liberties. The problem lies elsewhere: human rights have lost their significance and edge by becoming the vernacular expression of every kind of individual aspiration and desire (every ‘I want X’ can potentially become ‘I have a right to X)’ and a dominant language of public policy. The right wing leads the attack by targeting ‘illegal immigrants’, prisoners, and ‘bogus refugees’ while promoting the rights of property owners, bankers and crime victims. For the defenders of free market individualism, rights are playthings of the middle class. As Labour and the Tories move to the ideological centre, conflict was declared finished. The emphasis on the rights of property owners and consumers pursues the same agenda. It gives the impression that rich bankers and the unemployed or the privacy of the middle class and the basic dignity of the unemployed belong to the same register.

Antagonism is the reality of politics and social justice its aim. Rights as individual entitlements cannot tackle inequality nor are they synonymous with justice. Indeed liberal jurisprudence considers social and economic rights secondary because they are not ‘justiciable’, that is their nature makes them somehow inappropriate for litigation. When individual rights become the site and stake of politics, they join the ‘choice’ agenda and a manifestation of neo-liberalism.

Thesis 4. The distance between ‘having’ a right and ‘enjoying’ it is huge.

Take the ‘right to work’ or the claim that we are ‘all born equal’ both mainstays of international treaties. Having a ‘right’ to work means nothing for the millions of unemployed. Formal rights are silent as regards the preconditions for their exercise. The ‘right’ to work does not refer to an existing entitlement but to a political claim. In this sense, the politics of rights is always in potential conflict with their legal status. Human rights statements are prescriptions: people are not free and equal but they ought to become so. Only political struggle not the law can achieve this. Equality is a call for action not a description of a state of affairs. Again take the nominally non-controversial ‘right to life’. Its statement does not answer questions about abortion, the death penalty, euthanasia or whether the necessary prerequisites for survival such as food, shelter or health care should be protected. In most cases, a human rights claim is the beginning rather than the end of a dispute about its meaning or its standing vis-à-vis conflicting rights.

When God, the author of natural law died, international law replaced him as the source of the latest higher source of morality. The ideological power of human rights lies precisely in their rhetorical and political ambiguity, the oscillation between ideal and real, between humanity and national citizenship, between law’s order and the desire for a better world. When human rights are part of the law, the law includes a principle of self-transcendence, which pushes against the law’s settled state. A legal system with human rights is paradoxically not equal to itself, since human rights can call the whole of law to account. In this sense, rights become not the last ideology but the latest expression of the human urge to resist domination and oppression and the intolerance of public opinion. They are part of a long and honourable tradition, which started with Antigone’s defiance of unjust law and surfaces in the struggles of the despised, enslaved or exploited. In this sense, rights have a double meaning and life. They are (legal) claims to be admitted to the privileges of the law and (political) demands to have the whole of the law improved or changed.

Thesis 5: The end of human rights is to resist public and private domination and oppression. They lose that end when they become the political ideology or idolatry of neo-liberal capitalism or the contemporary version of the civilizing mission.