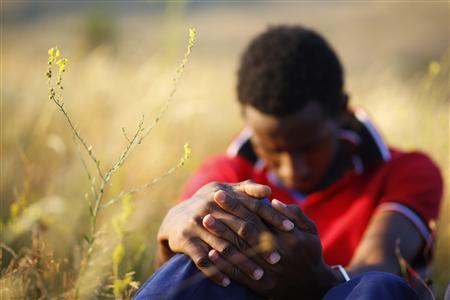 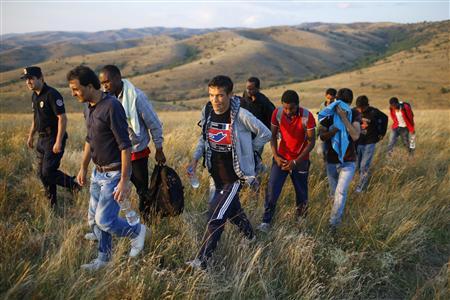 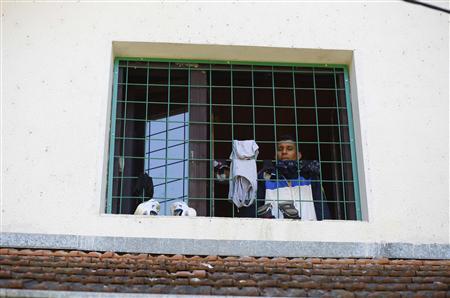 By Valerie Hopkins and Tsvetelia Tsolova

(Reuters) – Oliver Ivanovic’s patience paid off. Shortly before midnight, on a hilltop in no-man’s land between Serbia and Macedonia, dozens of grainy figures shuffled through the sights of his thermal goggles.

“I have a feeling we’re going to get lucky tonight,” the Serbian border patrol officer said with a grin.

Among the 34 illegal immigrants netted that night trying to steal into Serbia was Mohammad Bakr.

The 25-year-old Syrian, a clean-cut student of electrical engineering, said he had fled the besieged city of Aleppo after his home was struck by a rocket fired in an unrelenting civil war.

With him were 11 relatives, including small children, part of a rising tide seeking passage fromSyria and the tented squalor of refugee camps on its borders to the safety of Western Europe.

It had taken Bakr six months to get this far, running a gauntlet of extortion and abuse at the hands of professional people-smugglers and corrupt police.

As Washington weighs a military strike against Syrian leader Bashar al-Assad, the human fallout of two and a half years of conflict that has sent millions to flight is no longer contained to the Middle East.

“We have no other solution,” said Bakr, sitting on the cold ground in a clearing where Ivanovic and two other officers struggled in broken English to interrogate their catch. “We have nowhere else to go,” he said.

Last year brought a fourfold increase in the number of Syrians trying to enter the Western Balkans from Greece, one leg of a route from Turkey to the prosperous West in search of asylum.

While Greece is in the EU, it is geographically cut off from the rest of the borderless Schengen zone and immigrants are increasingly unwelcome as Greeks wrestle with an unprecedented economic crisis. Illegal migrants head north to Macedonia or Bulgaria, some through Serbia, trying to reach Hungary and on through open borders to Western Europe.

In Bulgaria, on Turkey’s western border and the poorest member of the European Union, the number of Syrians seeking asylum has shot up from 85 in 2011 to 449 in 2012 and 855 in the first seven months of this year alone. Twice as many are estimated to have made the illegal crossing.

Romania has reported an 80 percent rise in the first half of this year from the same period of 2012, to a total of some 640.

“We’re conducting constant operations,” Svetlozar Lazarov, secretary general of the Bulgarian Interior Ministry, said during a trip to the border city of Svilengrad.

“Forces and military equipment are deployed along the border and we have increased air surveillance,” he told reporters.

On the night of Aug 27 alone, of 52 people detained crossing the frontier from Turkey into Bulgaria, 39 were from Syria. On Friday, police said another 106 were apprehended, of which 79 were Syrians.

Refugee centers in Bulgaria are full to the brim, putting a strain on meager budgets and a creaking bureaucracy.

Due to lack of capacity at Bulgaria’s three refugee centers, many Syrians are sent to stricter detention centers which they are not allowed to leave, kept for months behind walls topped with razor-wire and windows with bars.

The government this week urgently allocated another $380,000 to boost capacity by another 500 places.

“In the detention centers, refugees are in prison-like conditions,” said Boris Cheshirkov, spokesman for the Bulgarian office of the United Nations High Commission for Refugees.

“But at least they get food three times a day. In the open reception centers (refugee centers), they have to live off 65 Levs per month, which is less than a dollar a day for food, clothes and medicine.”

At one such centre in the city of Lubimets, some 30 km inside the Bulgarian border with Turkey, young men staring from behind barred windows shouted “Freedom!” and “Help us, please” to visiting journalists.

One, mimicking the shooting of a gun, shouted “Assad – pa, pa, pa!” Then crying out “Bulgaria”, he placed his hands around his neck, as if strangling himself.

Of 270 people at the centre, 143 were from Syria. Some rooms are shared by up to eight families at a time.

“This is no place for kids,” said resident psychologist Iskra Kasheva. “It can even slow their mental development,” she said. “It’s no secret that the refugee camps are 120 percent full – there’s no place to put them.”

More than 100,000 people have died in war that has turned increasingly sectarian. Millions have been driven from their homes inside Syria and about two million have sought refuge abroad in Turkey, Lebanon, Jordan and Iraq.

Traffickers demand anywhere between a few hundred euros and 3,000 euros to get their human cargo across borders.

“We paid 500 euros per adult and 250 per child to get here,” said 24-year-old Janda Hussein, who said she had fled the Syrian capital Damascus with her husband and their two-year-old daughter.

“We went by foot,” she said. “In Turkey we couldn’t find work and were spending all our money.”

In Serbia, where Syrians made up the single largest group of asylum seekers in the first half of this year, several of those apprehended with Bakr spoke of beatings by police in Macedonia, Greece’s northern neighbor, and robberies by mafia gangs.

One of their number, believed to be from Afghanistan, was shot dead the previous night by armed men, they said.

Abu Umar from the eastern Syrian city of Deir al-Zor said Greek police had taken money from him and others, jailed them for two months and then issued them with expulsion papers. They fled to Macedonia, where he said they were beaten by security forces.

Once in Serbia, some of those caught and who immediately request asylum are issued preliminary paperwork, dropped off at the nearest bus or train station and given 72 hours to reach one of the country’s asylum centers.

Many simply then try their luck at Serbia’s borders with EU members Hungary and Croatia. Beyond the normal border police at regular crossings, Serbia has around 30 patrol officers like Ivanovic to monitor 113 kilometers of frontier with Macedonia, a notorious smuggling route for guns, drugs and people.

Bakr, who was studying when a peaceful uprising against Assad turned into war in March 2011, said he had been caught several times on crossing from Greece into Macedonia, but was released each time after a day or two and told to by police to return the way he came.

He said he and his family would not give up until they reached Hungary and the borderless Schengen zone, then on to Germany where relatives and friends await them.

“I tried for 15 days trying to cross the Macedonian border,” he said. “It will be the same with Serbia, every day until we make it.”