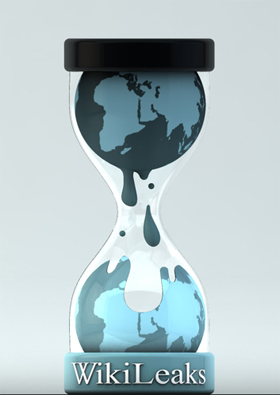 Since then the world has undoubtedly changed. Ambassadors have resigned amid scandals exposed by leaked cables; the UK government has ordered a review of computer security; and, at the same time, a huge wave of protest has swept the Middle East and North Africa – in part fuelled, some believe, by WikiLeaks revelations.

Discussing the impact of WikiLeaks on the world and what it means for the future, for this very special event WikiLeaks editor-in-chiefJulian Assange will be in conversation with renowned Slovenian philosopher, Slavoj Žižek.

Focusing on the ethics and philosophy behind WikiLeaks’ work, the talk will provide a rare opportunity to hear two of the world’s most prominent thinkers discuss some of the most pressing issues of our time.

It will also mark the publication of the paperback edition of Living in the End Times, in which Žižek argues that new ways of using and sharing information, in particular WikiLeaks, are one of a number of harbingers of the end of global capitalism as we know it.

The event will be chaired by Amy Goodman, the award-winning investigative journalist and host of Democracy Now!, a daily, independent news hour which airs on the internet and more than 900 public television and radio stations worldwide.

Audience members are invited to submit questions to the speakers by emailing events@frontlineclub.com with the subject line “Question 2 July”.

3 responses to “Julian Assange in conversation with Slavoj Žižek”